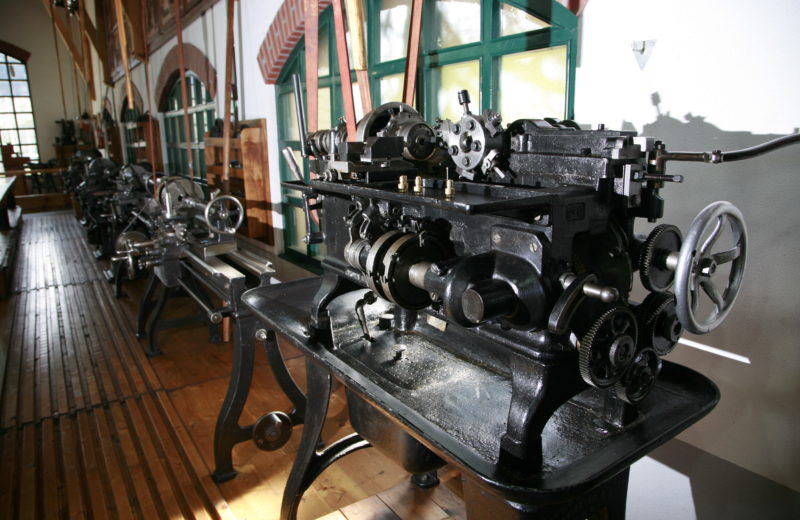 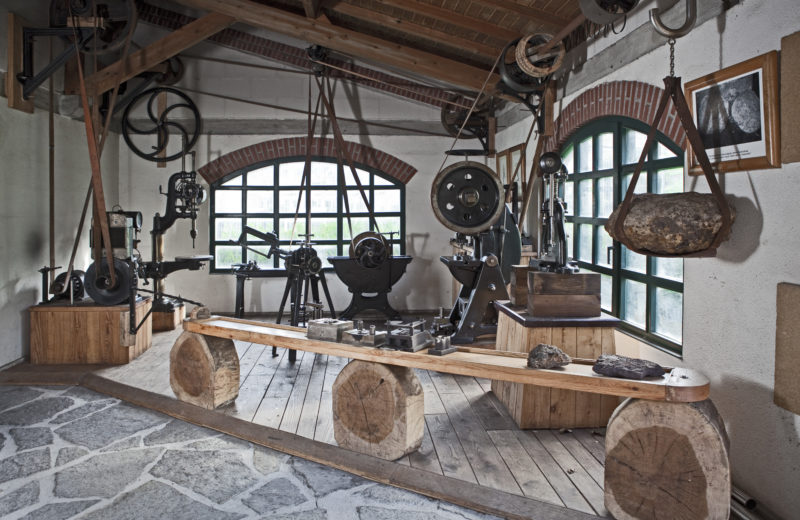 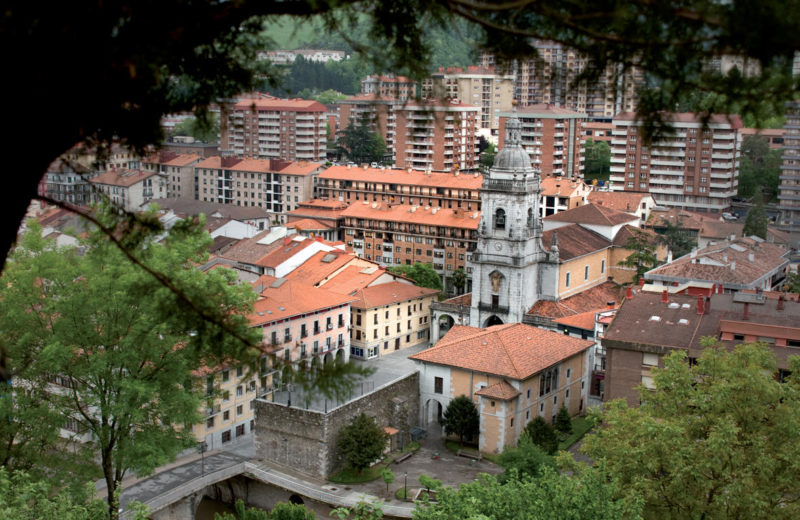 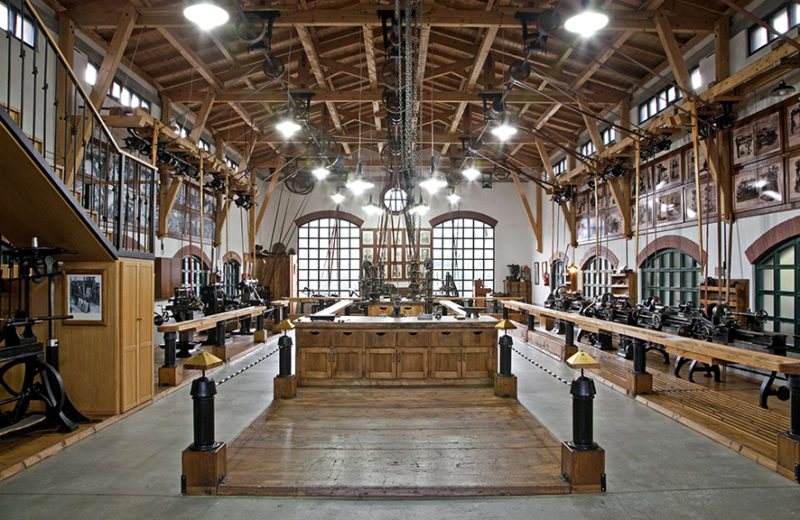 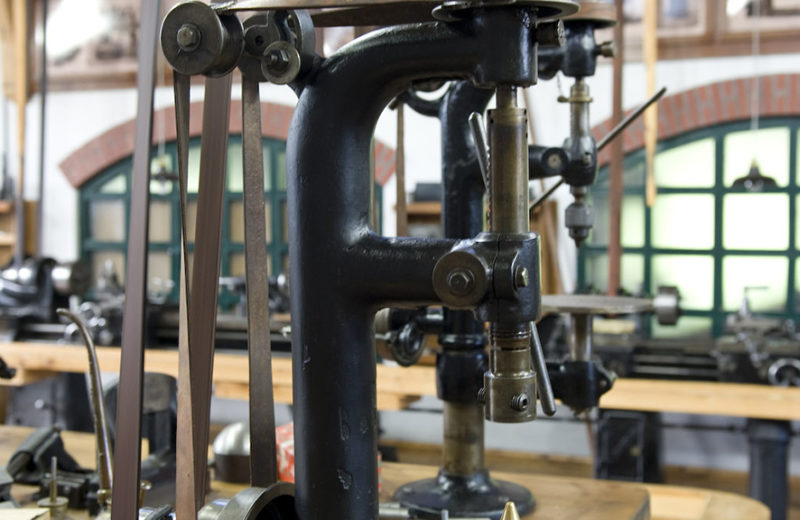 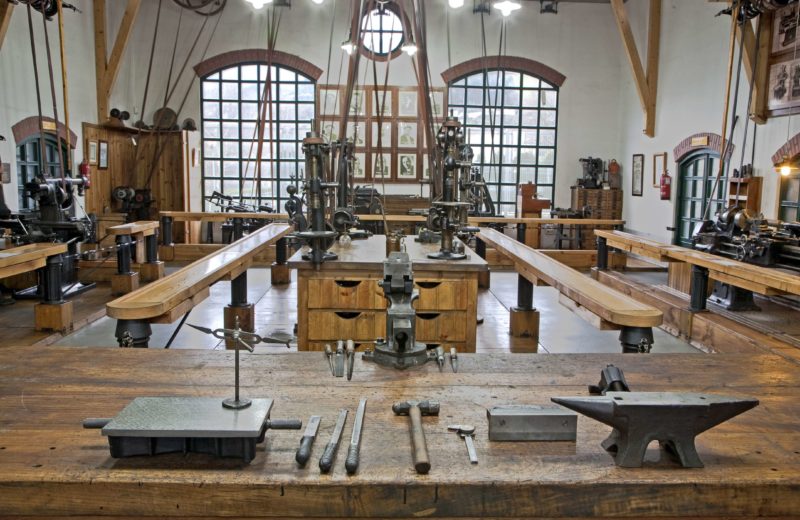 Our Museum is a replica of a manufacturing workshop, gathering the most representative models of machine-tools manufactured by our pioneers during the mid-nineteenth century, and a traditional blacksmith's workshop with all its typical equipment thar we could find in these facilities that once were so common along the Deba valley, especially during the XV and XVI centuries.

The origins of iron and steel manufacturing in Elgoibar date back to prehistory and include the remains of Moru, an Iron Age village (900-500 B.C.). Later on and before the founding of the town in 1346, travellers and pilgrims who travelled through its jurisdiction along the rough roads of the Deba basin, did so accompanied by the incessant and monorhythmical banging of the hammers of the blacksmith’s shops, scattered between Mendaro and Malzaga.

Our blacksmiths, master bar, lattice and grate makers and clockmakers worked simultaneously in another industrial sector, gunsmithery that became strongly implanted in this region, employing a great many workers. It is a well-known fact that firearm manufacturing has been, in recent centuries, the most common job in this area’s forges and workshops, around the triangular centre of population of Sorluze-Placencia de las Armas, Eibar and Elgoibar, known as the arms area.

The arms industry, located in the Lower Deba region from 1860, started to install machine tools driven by general transmission, using hydraulic energy for their power supply. All the factories set up during the 19th century had a mechanical repair shop equipped with machine tools essential for making spare parts, highlighting the use of lathes, milling machines, surface planers, drills, etc.

Some years later, skilled workers from these factories set up on their own, installing small auxiliary mechanical workshops, devoted to manufacturing tooling, machining spare parts and machine repair in general. From 1895 onwards, as a natural evolution, some of these workshops started to build machine tools. Therefore, our history as machine tool manufacturers started at the end of the 19th century.

Answering the desire to remember our industrial history, and the men and women who experienced it and played the leading role in it, the Elgoibar Machine Tool Museum was opened on 18/12/98. It has always been our desire to recover and preserve the heritage related to machine tools, in order to present, and transmit this knowledge to present and future generations.

The Machine Tool Museum pays tribute to the smithy workers, blacksmith’s and craftsmen of Elgoibar, who paved the way and laid the foundations of the iron industry, which now like before, absorbs the working activity of our town, and has currently reached the high level known to all.

In its installations are the “1900 machining workshop”, “the smithy” and the exhibition and learning room, where the technological evolution of the industry is shown in an educational and documental way.

With its facilities and working machines it uniquely presents manufacturing procedures, technical specifications and practical examples with real machining operations. Furthermore, the Museum is an educational guide to show the young generations the origin and evolution of the different technologies used in mechanical manufacturing processes.

The toilet is not adapted. Located on the ground floor the elevator is not necessary. 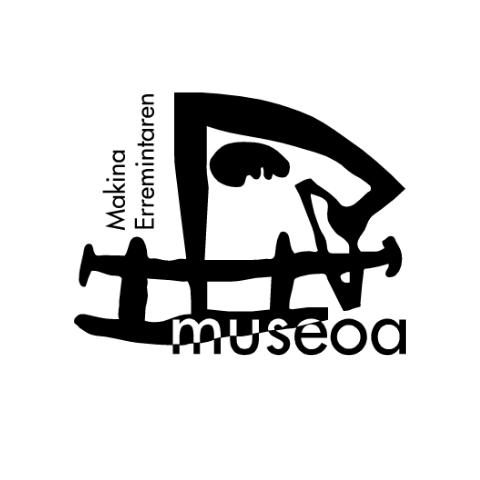