Agorregi is a monumental complex, dating from the 18th century, which includes a forge and various mills, showcasing different forms of the use of water.

History of the Agorregi forge

The oldest data is from the 15th century; at that time it belonged to the Lord of Laurgain, whose house was nearby. It was closed and abandoned in 1530, although in the same place stood a working mill, to which another one was added in the 17th century. The 2 mills remained in use until 1754, when Joaquín de Lardizabal decided to completely renovate the facilities. He entrusted the project to Francisco de Ibero, one of the country’s most renowned architects.

A forge with a unique design

Ibero designed a system to make the most of the water resources in the area. He constructed a network of canals almost 2 km long to supply an ironwork with two water tanks in a tiered layout. The water in the top tank moved the wheel that powered the bellows, which injected air into the furnace to reach the 1,300°C required in the iron manufacturing process. The water was recovered in the tank below, which was used to move the wheel that powered a large hammer. This hammer worked on the mass of raw iron obtained in the furnace and ingots were prepared. This bottom tank was also used to operate an adjoining mill at the rear. The ore came mainly from Bizkaia by sea to Orio in small boats. Charcoal was produced in the surrounding mountains.

An international experimental archaeology programme has been implemented at this forge, in which iron has been made following the typical method used in ironworks, and it has also been proven that the Lardizabal-Ibero project failed due to lack of water. In fact, the factory was abandoned shortly after the construction work was completed and its facilities were used to set up a waterpower sawmill. 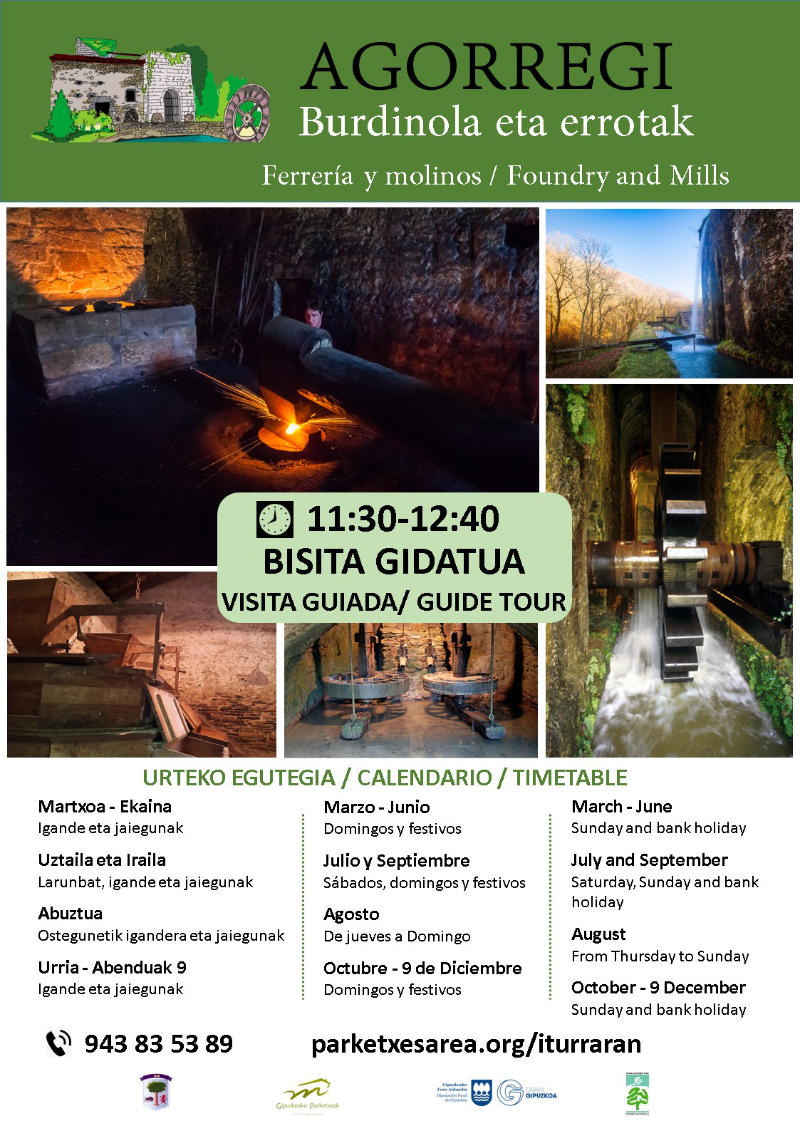